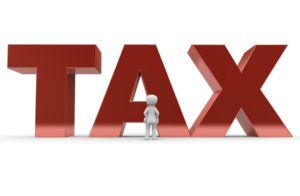 A cherished tax advantage for commercial real estate, the 1031 exchange provision, could soon be eliminated even as chances of a broad federal tax overhaul decrease in 2017.

For example, an investor may sell an apartment complex for a multimillion-dollar profit. If the investor reinvests the proceeds in a commercial facility of similar value, the investor isn’t required to pay taxes on the capital gain.

The 1031 provision was originally intended for use by neighboring farmers who would exchange one property for another, usually to help determine property lines. Over the years, it increased in popularity due to supportive IRS and Treasury Department rulings.

1031 property swaps had a chance of being eliminated with the “Better Way” plan proposed by House Republicans last year. The plan became more popular once Donald Trump became President, and would have included other provisions that were more favorable for individuals in the real estate industry while cutting taxes.

However, the Better Way plan has become bogged down over time, removing some of those other provisions that would’ve made the plan easier for the real estate industry to handle.

Real estate executives have claimed that the elimination of the 1031 exchanges could leave the real estate industry and economy at a huge disadvantage. According to Green Street, like-kind exchanges comprise 10% to 20% of real estate transactions for commercial properties.

Smaller investors would also be at a disadvantage, as 1031s have been pooled for them in many cases. Without the provision, many transactions may be blocked as a result.

The removal of 1031 exchanges would also inevitably hurt the economy as investors will be forced to pay out of pocket in transactions. Normally, investors who acquire real estate via a 1031 are more likely to invest in those properties over ones that pay cash.

As of now, there isn’t a bill in place to eliminate 1031 property swaps, and Republicans are currently in disagreement over their direction. However, the risk still stands as 1031 sits on the chopping block, leaving real estate professionals anxious about the future of property swaps.