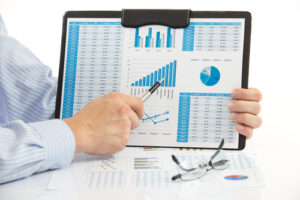 When a couple chooses to divorce in Illinois, they must divide up all of the assets and property that they have acquired during their marriage. Unless couples can work together, the courts are required to follow the state’s equitable distribution laws in order to promote a division that is fair, though not always equal.

According to Illinois legislation, the only property that is subject to division in a divorce proceeding is marital property. Identifying which assets are marital and which are separate is not always clear cut, but there are several ways that attorneys and the courts are able to determine to whom the property legally belongs after a divorce.

When was the property acquired?

Where did the property come from?

Certain types of property remain separate even if they were obtained during a marriage depending on the source. For example, any inheritances from the death of a family member or gifts are considered to be separate property as long as the funds are not comingled with other marital property. As long as the ownership remains in one spouse’s name, the inherited asset would not be part of the property division process.

How was the property used?

When questions arise regarding the ownership of a divorcing couple’s assets, the courts must look at how the property was used. Any non-marital assets that were used by both spouses would be subject to division. For example, if a husband had a separate bank account, but used the funds to pay for his wife’s education or allowed his wife to deposit her income, it would no longer be separate. Regardless of the name on the title of ownership, an asset used by both spouses is legally considered to be marital property.

Legal assistance is often needed to help couples sort out the complicated process of property division. Many divorcing couples choose to hire an attorney in order to ensure just and equitable distribution