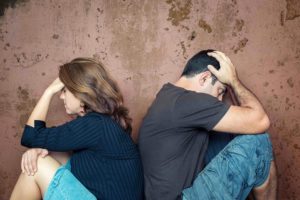 Parents who assert that they should be awarded sole custody of their children because they believe that they are the better parents may find that these arguments backfire in Illinois courts. Unless there are circumstances which would endanger the physical or psychological well-being of the child, courts generally disfavor granting sole custody to one parent. Attempting to exclude the other parent without genuine evidence of child endangerment can actually have a negative impact on a custody case. In fact, If the court believes that a parent is actively trying to interfere with the other parent’s rights to a relationship with the child, the court may award the other parent greater rights. When legitimate circumstances indicate that one parent should be granted sole custody of the child, proper presentation of evidence is key. A family law attorney may assist the parent in proving that sole custody is in the child’s best interest.

Courts generally favor joint custody arrangements because children generally do better when they are allowed ample time with both of their parents. When a parent argues that his or her ex should be prevented from seeing the child for all but egregious circumstances, courts tend to disapprove. Instead of attacking the other parent, those who are seeking sole custody should always keep their children’s best interests in mind and focus on legitimate concerns.

When courts decide how to allocate parental responsibilities, they consider a number of factors. If the child would be in imminent danger if the other parent was awarded parenting time and shared decision making, the court may award sole custody. Some of the factors that might lead the court to make such an award include a history of domestic violence or abuse, a substance abuse problem, the inability or unwillingness to provide for the basic needs of the child, and any mental health problems that could endanger the child.

Parents who seek sole custody because they think they have superior parenting styles are unlikely to be granted sole custody. A family law attorney may advise parents about whether filing a petition for sole custody is advisable.