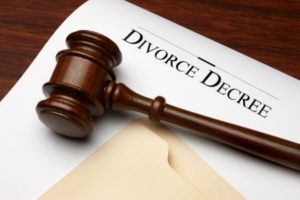 In 1986, the Illinois Supreme Court ruled that a plenary guardian of a disabled adult could not institute dissolution of marriage proceedings on behalf of the ward.  However, last fall, the Illinois Supreme Court held that such an action can be initiated.  The Court now feels that there is no reason to treat a guardian’s decision to seek permission to institute a dissolution of marriage action any differently from other numerous personal decisions.  In Karbin v. Karbin, the Court stated that “we believe a guardian has the authority to seek permission from the court to file a dissolution petition on behalf of the ward if such petition is found to be in the ward’s best interest.”  The Court felt that the continuation of the old policy would result in unequal treatment of incompetent spouses, leaving them at the complete mercy of the competent spouse without consideration of their best interests.  In the past, guardians could only defend a dissolution action on behalf of a ward, not initiate one.  Courts now must have a best interests hearing and the guardian must prove by clear and convincing evidence that a dissolution of marriage is in the ward’s best interests.  This heightened burden is due to the fact that dissolution of marriage cases often will present issues which involve more complex issues than your typical civil law suit where the burden of proof is merely a preponderance of the evidence.

The decision in Karbin overturns the Court’s 1986 ruling in In re Marriage of Drews.  In Drews, the Court determined that only those powers explicitly set forth in the Illinois Probate Act could be exercised and filing for a divorce is not one of those powers.  However, the Court has now determined that there is an implied authority to guardians of a ward.  The Court stated, that “by construing the Probate Act to prohibit a guardian from being able to seek permission from the court to bring a dissolution action on behalf of the ward, we would be improperly carving an exception to the broad power of a guardian set forth by the General Assembly.”  Since guardians make substantial personal decisions on behalf of their wards, there is no compelling reason to not allow them to institute dissolution of marriage proceedings on behalf of a ward.

If you have any questions about dissolution of marriage or guardianships please contact the Law Offices of Roger W. Stelk at (847) 506-7330.