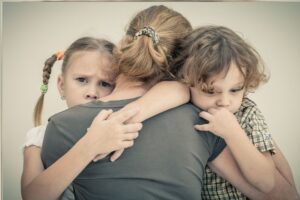 Although a custody battle is the worst possible outcome in a divorce, it is something that a parent must be ready for and anticipate. They must understand that all of their actions are under the microscope in court. In the end, everything they do leading up to the custody hearing must be aimed at showing that they are acting in the best interests of the child. Here is how to prepare for the custody dispute.

Emails and texts are important when a case goes to court. The judge will often look for a party to blame for the breakdown in co-parenting. Everything that a parent says and does is subject to review.

One should never give the other parent any ammunition that they can use in court. This means not sending hostile and attacking communications. The other parent may save these and present these as evidence. This could undermine any legal arguments when the judge sees how that parent communicates.

Family courts do not have strict evidence rules like criminal courts. Anything that a parent says in court will be more effective when it is backed up with evidence. This includes things like e-mails, witness testimony, and pictures. Documentation transforms claims into something provable that the judge can easily see.
Parents should save all emails with the other spouse. They should look through the email folder to see if there are any communications that happened at the time that could back up claims. These should be given to the child custody attorney. One should speak to people who are familiar with the situation to ask them to testify. Witness testimony is a good way to back up any arguments.

Custody battles are grueling exercises for everyone involved. With an uncertain outcome and parental rights on the line, they are some of the most stressful things that a human being can experience. One should have some solid emotional support lined up ahead of time. People often need someone levelheaded to speak with to help calm them during this stressful time.

Parents should never seek any support from the children. In fact, they must keep them out of the custody battle at all costs. If the judge learns that either parent has spoken to the children about what is happening, they may hold that against that parent.