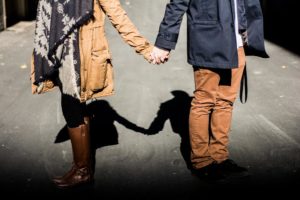 According to a study conducted by the Pew Research Center (Pew), the U.S. divorce rate has steadily declined over the past two decades. Around four to five million couples get married and about one and one-half to two million couples file for divorce every year.

These figures tend to suggest that roughly half of all marriages end in divorce but they do not accurately portray the true rate of divorce.

While the total number of divorcing couples remains historically high, the chance that any one marriage will end in divorce is relatively low. The rate of divorce changes as marriages move through life and become older.

The researchers relied on statistical data collected by the Census Bureau. The Census Bureau collects this information as part of the American Community Survey (ACS). ACS is an ongoing statistical survey that samples a portion of the population annually.

The researchers collected and organized divorces according to milestone anniversaries, specifically the: 5th, 10th, 15th, and 20th. They also controlled for age at which the couple married, income levels, education, family size and more. The goal was to create an accurate picture of when people divorce and, more importantly, who gets divorced.

Younger marriages will always constitute a larger percentage of the married population because they have not undergone the same attrition. However, as these numbers illustrate, they slowly reduce in number over time. This can create the appearance that an unusual number of long-duration marriages have ended, when in reality, it is the normal attrition rate.

Essentially, marriages move through periods of high and low risk of divorce.

Further, the longer a marriage lasts, the higher likelihood that it will end in divorce. Every year marriages are subject to stresses that could break them apart. The longer the marriage, the more exposed it is to these stresses.

For example, the Pew study found that the lifetime risk of divorce for a 25-year-old adult is a little more than 50 percent. That figure drops to 45 percent for a 50-year-old man. Those figures change as more data points, like education and income, are added to the metric. Using this tool, Pew is able to measure when and why marriages end. For example, the researcher confirmed that the younger couples are married, the more likely their marriage will end in divorce.

This tool cannot determine when an individual marriage will end, only how many similar marriages end in a given year.

Average Age at which People Divorce

The rate of divorce is steadily decreasing

The total number of divorces that are filed every year is, historically, still very high but that conclusion is misleading. Instead view divorce through a prism that looks back two or three decades, once the modern marriage began to take root. Modern marriage refers to two income households, men sharing in child-rearing and other contrasts with traditional marriages.

Divorces are not at an all-time high, they have been curving downward for the past two decades. In 2008, Pew found that there were 3.5 divorces per 1,000 people versus 4 for every 1,000 in 2000. The downward curve is likely due to multiple factors including more later-in-life marriages, higher education rates, and other demographic factors.