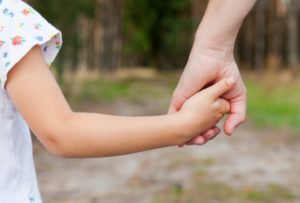 Illinois, along with 35 other states in the U.S., is working to provide both parties in divorce cases with equal parenting time. While advocates claim that the proposed changes would eliminate the preconceived notion that one parent is better suited to care for the children than the other, opponents assert that equal parenting could be harmful to kids.

Beginning with 50-50 Parenting Time in the Divorce Process

The changes to the Marriage and Dissolution Act would make sure that both parents in a divorce case would start off with equal parenting time, eliminating the existing system of one parent guardianship.

Supporters claim that equal parenting time would provide fathers with the ability to get more involved and be supportive in the child’s daily life and development. Across various organizations, including the ‘Dads Can Too’ organization based in Springfield, many mothers, and other women have supported the proposed change, considering it to be about the parents collectively rather than simply providing the father with more parenting time.

Opposition to the Change

While some parents support the idea of evening the playing field for parents during the divorce process, those who are opposed to the changes claim that it doesn’t take the children’s need for flexibility into account. Opponents of equal parenting time assert that children would be required to travel more frequently, essentially living out of a suitcase, which may make their lives less stable.

Another argument is that if the child is required to see both parents for an equal amount of time, it could be harmful if an abusive relationship exists between the parents. Some opponents say that 50-50 parenting time is unacceptable in any case involving violence or abuse of any kind between parents, or between a parent and the child.

Waiting for the Final Decision

The courts have yet to decide whether or not to implement equal parenting time, but hearings are in place to help reach a final decision in Illinois and the other 35 states proposing the legislature. Certain other states such as Kentucky already have an equal parenting time law in place which grants temporary 50-50 time to both parents until permanent arrangements are made in court.