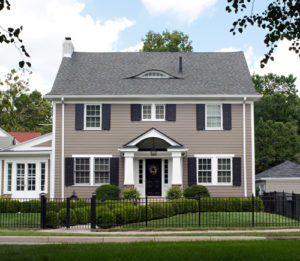 According to the United States Census, over 30,000 Illinois marriages ended in divorce in 2009. Most of those couples likely did not enter their marriage planning on a divorce in the future. Some people argue that signing a prenuptial agreement is unromantic or means that the marriage is doomed from the outset, but many experts suggest that these agreements provide many financial benefits for any couple planning to marry.

Not just for the wealthy

In past years, prenuptial agreements were often only signed by the wealthiest couples that had large assets requiring protection. Today, more and more couples are choosing to use prenups, regardless of the size or number of assets that each spouse possesses. It is not always possible to know how a judge will handle a divorcing couple’s property division. A well-written prenuptial agreement outlines how each of the spouse’s property will be handled, reducing any uncertainty regarding the division of assets, debts or earnings.

In many marriages, both spouses start out on a fairly level playing field, with both earning about the same income and working towards career goals. Over time, one spouse may choose to leave the workforce to raise children while the other continues to move up in his or her career path. A prenuptial agreement allows each spouse to protect his or her individual earnings if the marriage ends, keeping the earnings as separate property and not subject to division.

Many couples accumulate debt over the period of their marriage. Prenuptial agreements allow couples to assign responsibility for future debts before they are incurred. Some divorcees face having to pay for their ex-spouse’s poor spending habits due to a joint account. A prenuptial agreement can prevent these unfair circumstances, especially if one of the parties has a known history of racking up significant amounts of debt.

Today, a great number of marriages are between two individuals who have been previously married and often have children from other relationships. A prenuptial agreement can protect these children by setting aside the assets meant to be inherited in the event of death. Spouses are given rights to assets such as life insurance policies or IRA accounts and without a prenup, a spouse could receive the assets that were meant for the other’s beneficiaries.

An attorney can provide assistance in drafting a thorough prenuptial agreement, providing couples with a practical way to plan for the worst in order to reduce the likelihood of future conflicts.