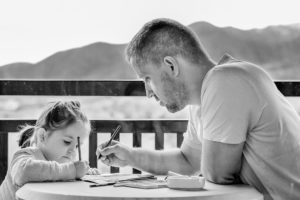 When determining decisions related to children, Illinois considers the best interest of the child. This term refers to a number of factors that the court can consider when making this decision. These factors include:

Wishes of the Child

One of the factors that the family court considers when making decisions related to joint or sole custody is the wishes of the child. The court considers the child’s maturity level and his or her ability to express his or her preference without influence from either parent when determining how much weight to give this factor. Illinois courts can give considerable weight to a child’s preferences when they are based on sound reasons, especially when these correlate to their best interest, such as wanting to stay near friends, with siblings and in the same school. However, a child’s preference is not completely determinative as the judge can decide that the child’s best interest does not match his or her own preference.

The court will consider the child’s current situation and how he or she has adjusted to the home, school and community. A court may be unwilling to disrupt the status quo if the child is functioning well in the current environment in favor of an unknown alternative. The reasoning behind this is that maintaining the child’s stability is important. Likewise, courts are often unwilling to split up siblings from each other unless necessary.

The court considers the mental and physical health of each parent and the child. Additionally, it considers whether any restriction should be put on a parent’s physical contact or decision-making power based on any serious endangerment of the child’s physical, mental or moral health or emotional development.

The court considers the previous conduct that is relevant, including the role that each parent played in the child’s life before the separation between the parents and how each parent participated in the decision-making process.

Relationship between the Parents

A family law attorney can explain that when determining custody decisions, the court also considers the relationship that the parents have with each other and their ability to cooperate with a parenting plan, visitation arrangement and decision-making process. The court can also consider any previous conflict between the parents.

The court can also consider any other relevant factors.