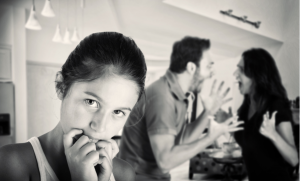 False accusations often occur in cases involving custody disputes, with one parent lying about the other parent and accusing him or her of abuse. Subsequently, the impact of these accusations can be damaging to the reputation of the accused and prevent that person from spending time with the children.

The Impact of False Accusations

False accusations of abuse can harm both the accused parent and the children involved in the dispute. False accusations also create additional cases branching from the custody case, which makes the entire legal process more costly and time-consuming.

While parents should be encouraged to report actual abuse that took place, false accusations can have serious and long-term consequences for everyone involved. To avoid the issues that can arise from false accusations of abuse in a custody case, it’s important to take several key steps to prove that abuse did not occur.

Once the accused parent has consulted with an attorney, he or she can begin gathering evidence to help build a strong case against the accusing spouse. At this time, gathering witnesses may be necessary, including the testimony of the parent who made the false accusations.

With the help of an attorney, the falsely accused spouse can find evidence or any inconsistencies in witnesses’ testimonies that support his or her claims of innocence.

Proving Innocence in a Custody Investigation

Another option that falsely accused spouses have is the ability to request a child custody investigation, which could help prove their innocence. If a parent is innocent, he or she should have no qualms about requesting an investigation that would involve the child protective agency. However, it’s important to avoid obstructing or evading the investigation at any point.

Both the falsely accused spouse and his or her attorney can also help make sure that the accusing parent is investigated in the process.

Parents who falsely accuse another of abuse can face legal repercussions if they are discovered to have lied, so it’s important to take immediate steps to prove innocence if false accusations ever arise in a divorce case.

While many spouses who are falsely accused of wrongdoing may attempt to fight back with false accusations of their own, a family law attorney can help wrongly accused parents restore their reputation and prove the accusations are untrue.