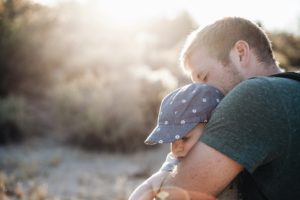 Fathers continue to face an uphill battle when it comes to achieving equality in child custody cases in Illinois and throughout the nation. Although the law no longer presumes that mothers make better parents, single fathers are still less likely to retain custody of their children. According to the National Responsible Fatherhood Clearinghouse, there were approximately 2 million single fathers in the United States in 2013, but only about 17 percent of custodial parents were men. And while equal parenting is on the rise, still just 15 percent of child custody cases result in equal parenting time for both parents.

Many years ago, the main role of fatherhood was typically viewed in terms of financial support. This is partially because moms were traditionally more likely to take on the role of “primary caregiver” while dads worked outside the home to provide financially for their families. As American families continue to evolve, more moms are employed outside of the home and an increasing number of dads are staying at home to care for their children. In 2013, it is estimated that there were 214,000 stay at home dads caring for around 434,000 children in the United States. And studies show that even when dads are employed outside the home, many have become more involved in their children’s lives, taking on a larger portion of child-rearing duties that ever before. Although family dynamics have changed significantly, however, fathers are often still viewed as the “breadwinners” while mothers are frequently seen as primary caregivers. Since Illinois courts place a heavy weight on who has been the primary caregiver when determining who will receive the majority of parenting time with children in custody cases, an accurate evaluation of the dynamics of each family is necessary.

Fathers Play and Important Role in the Lives of Their Children

There is emerging evidence that fathers play a crucial role in the development of their children. Despite the benefits of father involvement, however, many courts award minimal parenting time to dads and the allocation of parenting roles is frequently one-sided. According to research, high-quality father involvement and support is associated with:

Parenting Time in the Best Interests of the Child

If parents are awarded shared parenting time and duties in Illinois, they are required to create a parenting plan. Unfortunately, a child custody lawyer often sees many cases where the parents’ inability to agree on the allocation of parenting time and other significant factors that affect the child cause the courts to award the majority of parental duties to one parent or the other.

Father’s advocacy groups across the nation continue to push for equal rights in the courtroom, and this has been a hot topic for years in Illinois. It is hoped that new legislation will soon be created that requires a more equal split of parenting time so fathers can enjoy the rights they deserve.