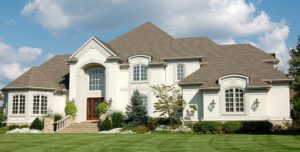 For many divorcing couples in Illinois, the thought of living under the same roof is too much to handle. Especially when there are children involved, avoiding the conflicts that accompany a separation and the stressful process of ending a marriage may make for a better living situation, however there may be consequences that come from moving out before the finalization of a divorce. Anyone who is thinking about leaving the family home should consider the financial and legal outcomes of the decision.

The effect on finances

Running a home, even on two incomes, can be expensive. During a divorce, both spouses must adjust to living off of half of the income they are used to. Paying for both a mortgage and the rent for a new place is not always financially possible for either spouse. The budget for each spouse can be significantly reduced in order to continue paying for the family’s expenses, regardless of whether they continue to live in the home during a period of separation or not. Adding maintenance into the equation only makes it more difficult for some spouses to make ends meet when living outside of the home.

The effect on property division

In Illinois, the marital home is subject to property division according to state law. The courts do not consider whether one spouse moved out before the finalization of the divorce when valuing marital property, since the names of both spouses are often on the deed. However, some judges may view the decision to leave as a signal that the spouse does not want to keep the home. In order to protect the home, a spouse that moves out should take an inventory in case the other spouse chooses to damage the dwelling or items inside.

The effect on child custody

Illinois courts award child custody based upon the best interest of a child. One of the many factors that a judge takes into consideration when determining custody arrangements is a stable living environment. In some cases, the likelihood that conflicts would arise should both parents remain at home is too high, leaving moving out to be the best option for any children involved. However, if parents can live in the same home without creating a negative situation for their children, the courts may rule in a way that is more equal for both parents.

Those wondering about moving out of the marital home during a separation should consider the effect that the choice may have on many important issues. An attorney can help individuals make the decision that is right for each situation.