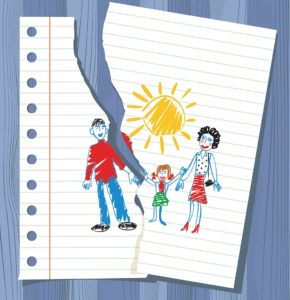 In Illinois, paternity is considered to be the legal relationship between a father and a child. The state has specific laws for paternity in regards to child custody, child support and visitation. Legal paternity is required for fathers to take on certain rights concerning their children, but many unwed fathers in Illinois face road blocks when attempting to establish legal paternity without an understanding of the laws.

Illinois law states that if parents are married when a child is conceived and born, then the husband or ex-husband is presumed to be the legal father of the child. The presumption of paternity is not given to an unwed husband, leaving him without any legal rights or responsibilities for his child.

How to establish paternity

In order for a father to have legal paternity according to the state, he must be able to prove one of the following:

The importance of establishing paternity

Without legal paternity, a man is not given full father’s rights. There are many reasons why establishing legal paternity is important, including the following:

Once paternity is established, a father can obtain court orders to ensure that he has access to the custody and visitation rights that he is privy to.

If a father does not want to voluntarily establish paternity or if the mother does not want to give rights to the father, a lawsuit can be filed against the other party. Often, part of the case requires a DNA test to determine paternity, which can be ordered by the court. Illinois law considers an alleged father to have legal paternity if the results of the test show him to be 1,000 times more likely to be the father than another man.

Due to the complex nature of Illinois’ paternity laws, legal assistance is advisable in order to fully establish the rights and responsibilities of a father.