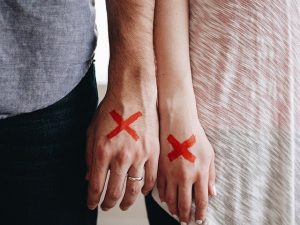 A thorough report found that immigrants at both the lowest and highest education levels have the lowest divorce rate.

On the whole, immigrants tend to divorce less than native U.S. citizens, with middle-class immigrants resembling much of the traditional American ideal on a statistical level. In fact, Asian Americans have a greater chance of getting and staying married than the average American. Hispanic immigrants also divorce less frequently than the general U.S. population, although they also marry less.

An Interesting Trend in Immigration Divorces

There are many different factors that go into the divorce rates for immigrants and the general population, which makes it somewhat difficult to point to a root cause for a trend in divorces. However, a report from Zhenchao Qian published in 2013 revealed that certain norms are more effectively affecting marriages than the various economic and educational factors predicted to impact native citizens.

Qian’s report showed that immigrants who are less educated are still marrying at around the same rate as those who are more educated, with a far narrower gap than the one seen with relationships between native citizens. Another trend that’s related to education level is that although economic resource is a vital factor in marriage among native citizens, minorities who are racial-ethnic and less educated are getting married at around the same rate as white and highly educated citizens. Ultimately, the report concludes that immigrants are willing to marry regardless of financial resources.

The main finding in the report detailed that neither economics nor education factored heavily into immigrant marriages and family structure, which leads to the question of what the determinants actually are when it comes to marriage and divorce rates. Some may believe that it could have to do with religious values, more familial influence in selecting a spouse, or the multi-generational living arrangements that many immigrants share, but it’s still largely unclear.

Because of the large number of ethnicities and nationalities of immigrants in the U.S., it’s not clear precisely what could be responsible for the trend discovered in Qian’s report, but it would appear that education and financial viability aren’t as important in many immigrant marriages as they are in their U.S.-born counterparts.