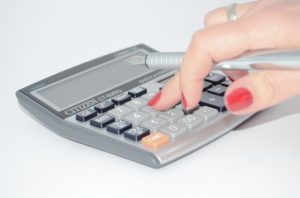 The income shares model of child support calculation went into effect on July 1, 2017, and replaced the former method of calculating child support that used percentages of the income of the noncustodial parent. Instead of simply taking a percentage of the parent’s income according to the number of children that needed support, the new income shares model uses a complicated formula to determine the amount that should be ordered. The income shares model is supposed to be fairer and looks at the shares of each parent’s financial responsibility of raising the children. It calculates the portion for which the noncustodial parent should be responsible in order to determine the amount that he or she will be required to pay. A child support attorney can help clients with figuring out the likely amounts that might be ordered using the new calculation method.

Calculating child support under the income shares model requires that parents go through four steps. The first step is to determine the net income of each parent. Next, those totals are added together to obtain the combined net income of the parents. The total net income of the two parents is then used to look up the amount of the basic child support obligation that the parents share for raising their child on a table. The basic child support obligation figures in the tables are what average parents spend to support their children at different levels of combined incomes. The total dollar amount is then reduced to a percentage for each income level and number of children. The idea behind the calculation is based on research showing that the percentage of income that parents pay to raise their children goes down as they earn more money.

How This Calculation Is Different

While the new method of calculating child support is supposed to be fairer, it is difficult for parents to use to determine how much to pay or how much they might receive. A child support attorney may help to figure out the amounts under the new model.