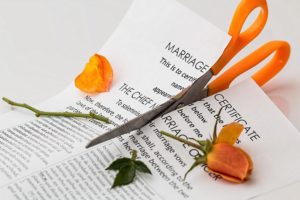 In January of 2015, Illinois laws began to include language that spells out the formula for spousal maintenance in divorce cases. Prior to the creation of this formula, judges were given discretion in determining the amount and duration of maintenance to be awarded in Illinois divorce cases. While there were specific factors that judges were required to take into consideration when making a determination as to whether maintenance should be awarded at all, there were no standard guidelines or mathematical formulas to aid in calculating the payment amounts or duration.

The Illinois Marriage and Dissolution of Marriage Act still states that judges should use those same factors to evaluate the need for spousal maintenance in the state, but the new formula is designed to make the calculation process more standardized and predictable. Once the judge has decided whether a spouse should be entitled to spousal maintenance, the new formula must be used to determine the amount, and the duration of payments that will be awarded.

The factors that judges consider include the duration of the marriage, the income of both spouses, the standard of living that was established during the marriage, any property held by each spouse, the needs of each party, the ability of each individual to earn an income both now and in the future, each party’s health, whether one spouse forwent career opportunities or advancement in his or her education to stay home, and how long it will take that individual to obtain the job training or education necessary to become self-sufficient.

How is Spousal Maintenance Calculated in Illinois?

The new formula is only used when the combined gross income of the individuals is less than $250,000.

Determining the Duration of Spousal Maintenance

Prior to these changes, the duration of maintenance was left up to the judge. To determine the length of time that maintenance will be paid under the new law, the following formula is used:

Determining the Amount of Support to Be Awarded

Since the judge’s discretion was used to calculate the amount and duration of an award in the past, the spousal maintenance formula might have little impact on the amount of support that will be awarded in some post divorce cases, and it may have a drastic impact on others. Individuals who were divorced prior to the development of the guidelines that attend a maintenance review could see significant increases or decreases in the new amounts awarded, or they could see no changes at all. The new formula, however, will make it easier for a DuPage divorce lawyer to estimate the amount of alimony that will likely be awarded.