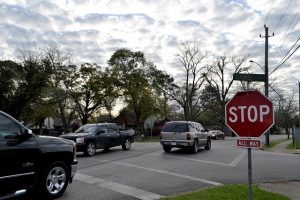 The effects of COVID-19 pandemic are causing many people living in large cities to consider moving out of urban areas. Specifically, the financial situation that many are facing in these areas is leading citizens to seek cheaper places to live where they can still work.

Even prior to the outbreak, many people have struggled to live comfortably in expensive cities as their pay rates stay the same while rent and other costs of living increase.

The Damage Resulting from the Pandemic

The coronavirus pandemic has caused a certain level of devastation across America, particularly in some of the largest cities such as New York, Los Angeles, and Chicago. Normally, many citizens enjoy the dense nature of these metropolitan areas, but the virus’s spread has made those areas far less popular.

Before the outbreak, cities were already starting to lose their appeal as the cost of living in these areas and changes in the labor market led to a growing number of people to consider leaving. According to a Brookings Institution analysis by William Frey, the country’s largest metro areas of Chicago, L.A., and New York have all lost popularity over the last several years, and even smaller cities like D.C., Miami, and Houston experienced slower growth.

The slow in growth is a significant flip from the boom seen in the 1990s, which followed stagnation from the ’70s to the ’80s. By the mid-2010s, that boom had ended as rent increased to the point where the middle-class could no longer afford real estate in large cities, and low-wage jobs didn’t pay any more than what people could find in other areas.

Once the virus spread to the U.S., even more people began to question whether the city was affordable and livable. Now, with many people out of work due to furloughs and struggling to thrive in an urban environment, more city-dwellers are beginning to move to affordable homes outside of metropolitan areas. As people’s leases are up for renewal, they’re starting to consider leaving cities for suburban or smaller urban locations that are more affordable. At the same time, many don’t want to deal with the stress of moving in these uncertain times.

As stay-at-home orders begin to lift and cities re-open across the U.S., it may take some time for the cities to recover. While recessions have been good for cities in the past, as people lost their homes in suburban areas where the residential real estate market crashed, the new factor of the pandemic has made the future of city life more difficult to predict.