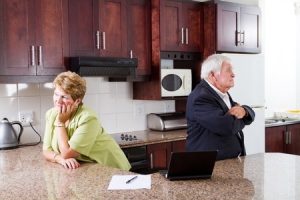 The current trend in divorce rates is that while younger couples are staying together longer, older couples are choosing to get a divorce more frequently. At the age of 60, many couples whose children have moved out of the home are recognizing that they still have plenty of time to leave an unhappy marriage and live independently. As a result, more individuals age 55 and over are opting for divorce than their younger counterparts.

Overall, both younger and older couples are divorcing less frequently. The overall divorce rate in the U.S. reached an all-time low with a 29% decrease between 1979 to 2017. However, younger couples are choosing more frequently to stay together through rough patches in their relationships. Meanwhile, older couples who may otherwise feel trapped are seeking fuller lives outside of marriage.

In addition to a trend among older couples, couples who are in a second marriage are also more likely to divorce. This is largely due to dynamics such as stepchildren and the inheritance of a family’s assets, among others, that can lead to disagreements and divorce.

Another big change that’s factoring into an increased divorce rate among older couples is women’s increased independence. Compared to previous generations, women are more financially independent today and often want to enrich their lives if they’re not happy with their current situation.

Practicing Caution When Considering a Divorce

While older couples are divorcing more frequently, there are ways spouses can make the separation process go more smoothly for both parties.

First, it’s important for divorcees to maintain regular, healthy communication with former spouses and children. This can help ensure that finances are organized and that each party’s economic and personal needs are met. Unfortunately, many people can still suffer from a negative financial impact from a divorce. This is why it’s important for individuals to organize finances as much as possible before initiating the process.

In other cases, engaging in couples therapy could help both spouses even if they’re determined to get a divorce, providing emotional support and helping them cope during the divorce process.

Over time, the trend of divorces between older couples is likely to continue, as people continue to live longer and gain more overall independence over the age of 60.