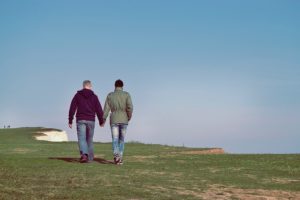 Establishing parentage ensures that same-sex couples who are parents have parental rights and can participate in the allocation of parental responsibilities when they divorce. Unfortunately, the legal landscape for establishing same-sex parentage continues to be rocky terrain. The Illinois Parentage Act of 2016, however, spells out ways parents, regardless of sexual orientation, can establish parentage.

One of the most important things for divorcing same-sex couples to do is to try to resolve child-related issues out of court. This can be done by discussing the matters together, discussing them in therapy, or working with a custody mediator, the latter of which will likely be mandatory regardless of whether the dispute goes to court.

If the case does go to court, there are certain rules to keep in mind regarding parenting rights. These rules apply to traditional couples as well as to same-sex parents.

When Both Parties Are the Legal Parents

In many cases, both parties involved in the divorce may be the legal parents of the child. This can happen when both parents jointly adopt. Additionally, when a woman gives birth to a child, her spouse (regardless of gender) is also the legal parent if:

For both parties in male same-sex couples to create dual parentage, the non-biological parent must have adopted the child, or, if neither parent is biological, a joint adoption must have occurred.

When One Party Is the Legal Parent

Just as with the case of a heterosexual couple’s divorce, a judge will consider several factors when deciding on the outcome based on the child’s best interests.