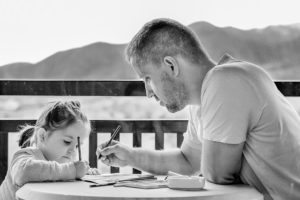 In Illinois, children won’t be able to determine parenting responsibility, but they could still influence the court’s decision. If parents can’t come to an agreement about parenting time, the court will decide for them, not the child. However, the court may take a child’s preferences into account when making a decision, according to Illinois law.

How Much Say a Child Has in Parenting Time

Specifically, Illinois law states that when deciding parenting responsibility, “the court shall consider all relevant factors, including…the wishes of the child, taking into account the child’s maturity and ability to express reasoned and independent preferences as to decision-making;”

While a child’s preferences could play an important role in the decision-making process, the judge will ultimately determine what will be in the child’s best interest according to several statutory factors in addition to the child’s wishes.

In rare instances, parents may be able to testify regarding their child’s wishes. These cases only apply to out-of-court statements made by children regarding their preferred residence if the parent can assure his or her trustworthiness.

When Others Are Involved

In some cases, the court may appoint guardians or representatives such as child psychiatrists to speak with the child. These individuals would conduct a study and interview each party involved, including the mother, father, child, extended family, step-parents, care providers, or others who regularly interact with the child.

A child could also have an attorney appointed to speak on behalf of him or her. The attorneys’ tasks and powers will depend on the role the court assigns him or her. However, in most cases, an attorney won’t be required, as the child’s interests in many cases are protected by one or both parents, or by the court. The presence of an attorney in these cases would mainly serve to needlessly complicate the process.

Children can also speak with the judge directly to share their thoughts about the allocation of parental responsibilities and preferences for residence. These discussions would take place in the judge’s chambers in the presence of an attorney as opposed to an open courtroom.

In the end, the judge will determine what is best for the child based on numerous factors, but the child’s preferences could sway the decision if he or she is old enough to intelligently articulate preferences, which could vary depending on the case.