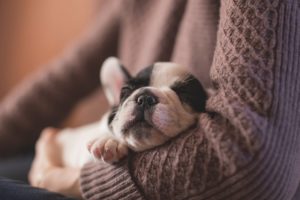 Because of a change to Illinois’s divorce law, pets are no longer treated as property to be given to one spouse or the other in divorces and instead are now allocated according to what is in the animals’ best interests. Before the change, pets were divided between the spouses in the same way as other types of property such as furniture. Now, courts determine which party should receive the pet in a divorce according to the pet’s best interests, which is similar to the standard that courts use to determine child custody and parenting time.

How Pets Have Been Treated in Divorces

Historically, pets that were shared by divorcing couples in Illinois were treated in the same way that other types of personal and real property were treated. If a pet was acquired during the marriage, then it was considered to be a marital property that was subject to the property division. A pet that was owned before the marriage by one spouse was considered to be the separate property of that spouse and would not be part of the marital estate. A new law that became effective on Jan. 1 of this year has changed the way pets are treated. Instead of viewing pets as another piece of property to be divided like anything else in a divorce, judges are now able to consider what is in the pets’ best interests and to give them to the person who the judge considers to be a better owner.

What the New Law Means

Under the new law, people who are getting divorced and who are unable to agree about who will get the shared pet may gather and present evidence about which spouse is the better caretaker of the pet according to the best interests of the animal. Additionally, the other spouse may request to receive time to visit with the pet. The law will not apply to service animals, however. If a pet is a service animal for one spouse to help with a disability, the other spouse will not be able to argue that he or she should receive the pet in the divorce.