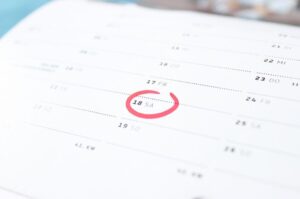 The date of separation is an important factor that is often considered when deciding issues like child support, spousal maintenance, and the division of assets and debts. During this period, a lot of changes that have profound implications on the financial situation of both partners can happen. In some cases, the couple may still share debts and expenses incurred, as well as profits and benefits earned during the time of separation.

What Is the Date of Separation?

The legal definition of the Date of Separation (DOS) varies with state. In Illinois, legal separation begins when one spouse files a petition with the court stating that the spouses are living separate and apart. Spouses do not have to live in separate homes in Illinois to be considered “living separately.” They may still reside together, as long as they are no longer living like a typical married couple.

Like with divorce, couples can negotiate the terms of their legal separation, including things like child support, spousal maintenance, property division, and the distribution of debts. Once the judge signs the order, it will remain binding until it is modified in court.

The Financial Implications of The Date of Separation

The date of legal separation can also be used to determine when a spouse becomes responsible for paying child support.