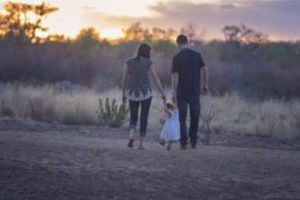 Shared parenting is often challenging for parents but it can be an even more difficult process for children, sometimes causing negative effects that follow them through adulthood. In cases of shared parenting, decision-making regarding the child is shared and a child typically lives in each parent’s home for specific amounts of time. This can be emotionally distressing or potentially confusing for the child.

Under shared parenting arrangements following a divorce, children regularly switch between homes, moving from the father’s home to the mother’s home, or vice versa. This setup is potentially healthy for the child’s development, but it can also make it difficult for the child to identify the true home in which they live. They may not feel like they have an actual home because of the constant transfers, and may also struggle to adjust because of the lack of stability in their home life.

A shared parenting setup can also cause the child to refer to both homes as the mother’s or the father’s rather than their own, without a chance to settle in an environment that they can call “my house.”

Differences in Rules and More

Another potentially negative effect of shared parenting is the instability resulting from the fact that the child has to contend with differences between both homes. General house rules, parenting styles, and individual personalities may be different between parents, lacking the consistency of having a single home. The child may begin to favor one parent over another, resulting in strained relationships. Some children may even learn how to manipulate each parent based on the inconsistencies in parenting strategies.

Other issues may include duplicate expenses resulting from each parent maintaining his or her own home, or feelings of isolation on the part of one parent when his or her child begins to favor the other.