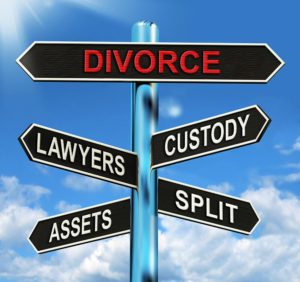 Citing complex divorce provisions within existing divorce law, the Illinois General Assembly has made several changes to the law that will make the process easier and more expedient. These changes are intended to make the process less stressful for couples to file for divorce, divide assets, and assign parental responsibilities.

One of the primary changes to the law removes adultery, mental cruelty, bigamy, etc. as grounds for divorce. Starting January 1st, 2016, Illinois SB 57 states the only grounds for divorce will be irreconcilable differences. Thus, couples will need only prove that they are unable to reconcile their differences when seeking divorce. With this change to the law, Illinois is becoming a pure no-fault divorce state.

“This is a move in the right direction as it will remove many of the burdens involved in proving grounds for divorce exist. Moreover, couples will no longer need to prove to the courts that they’ve been separated for 2-years prior to seeking a divorce; the new law reduces that period to a mere 6-months,” commented Arlington Heights divorce lawyer Roger W. Stelk.

Additional changes include requiring the submission of a proposed parenting plan. This will better define parental responsibilities and remove many of the ambiguities that can become points of contention as children grow up.

“Under the new law, the parenting plan makes it possible for parents to assign everything from who is responsible for dental care all the way to how much each will pay for college expenses. It gives parents the ability to clearly outline these responsibilities, which in turn means less stress for the children down the road,” remarked Arlington Heights divorce lawyer Roger W. Stelk.