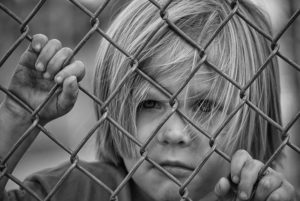 Federal law prohibits one parent removing a child from the U.S. to another country to deprive that child of his or her other parent. International kidnapping is a serious and difficult problem; where legal options are available, a parent seeking the return of a internationally kidnapped child must comply with federal law and The Hague Convention. The U.S. has a treaty with a number of other countries through which the countries agree to facilitate the return of kidnapped children to their parents in their countries of origin. Additional problems can occur when children are taken to countries that are not signatories to the treaty. A Dupage divorce lawyer may clients with fighting to get their children back when they have been kidnapped by their foreign parents.

The law against international parental kidnapping has been codified federally. Under it, a parent or anyone else who removes a child from the United States or who keeps a child outside of the United States in order to deprive the other parent of custodial rights may be imprisoned for three years, fined, or face both imprisonment and a fine. The law offers some explanatory definitions, including the following:

Parents who are accused of international abductions may assert several defenses. If they removed their children according to court orders, they may assert the orders as defenses. Parents who flee in order to escape domestic violence may also have valid defenses to charges of international abduction.Finally, if the parents kept the child outside of the U.S. for a longer period of time than they were supposed to, they may defend against charges of international kidnapping if they did so due to circumstances that were beyond their control and if they made reasonable attempts to contact the other parents to let them know.

Return of Children Who Have Been Abducted Internationally

There are several legal hurdles that parents must overcome in order to get their children back when they have been kidnapped internationally. A Dupage divorce lawyer may work with the State Department in order to advocate for the return of the parents’ children. While prosecutors may proceed with criminal cases against the kidnapping parents, they are not able to compel foreign governments to return the children.

The State Department handles securing the actual returns via the Hague Convention on the Civil Aspects of International Parental Child Abduction, of which the United States is a signatory country. The State Department works with the foreign governments involved in order to secure the return of the children. When the foreign countries are also signatories to the treaty, the process, while difficult, is smoother than when they are not. Parents should follow the convention’s rules and not try to take matters into their own hands. A Dupage divorce lawyer may advise his or her clients about the Hague Convention and what its provisions state.

Why Extrajudicial Remedies Are Not a Good Idea

It is understandable that some parents may feel desperate when their children are abducted internationally. Instead of waiting for the State Department’s process to work, some instead choose to pursue their children’s returns through extrajudicial remedies. These might include parents flying to the foreign countries and trying to take their children back or hiring others to do so for them. Parents should avoid doing this, however. These kinds of actions are mostly illegal under both U.S. federal law as well as the law of most foreign countries. Parents who resort to these actions might end up facing imprisonment themselves either in the U.S. or in a country abroad.

Remedies When Children Are Abducted to Non-Hague Signatory Countries

While many countries are signatories to the Hague Convention, a number of nations in North Africa and the Middle East are not. In some of these countries, the governments take the position that the children should be raised in those countries under their laws rather than being returned to the U.S. This may pose a real obstacle to securing the return of children who are taken there by their parents. These parents must rely on the International Parental Kidnapping Act and the ability of the government to find the parents and to arrest them. The government also uses diplomacy in order to try to secure the return of children who have been kidnapped to these countries.

It can be frightening when children are abducted internationally by their parents. A Dupage divorce lawyer may advocate for his clients while helping them to navigate through the legal obstacles that are involved with securing their children’s returns.