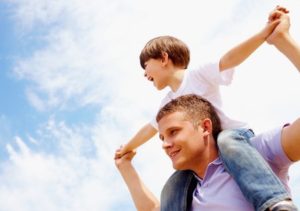 Going through a divorce in Illinois can be a highly emotional time, but when there are children involved it can be even more challenging. Child custody lawyers in Chicago know that the issues surrounding children in divorce cases can cause conflict and contention between spouses, but it is important for both mom and dad to remember that the best interest of their children is the most important outcome they should seek.

Illinois judges typically prefer child custody arrangements where both parents have shared access to their children. However, there are some situations in which one parent is not fit to provide the physical, mental and emotional support that children need to thrive. As a result, the court may award sole custody to one parent.

The difference between physical and legal custody

In Illinois, the two basic types of child custody are joint and sole custody. Beneath those two distinctions fall physical and legal custody. Physical custody refers to where a child resides on a daily basis for the majority of the time. If one parent is not capable of providing a suitable living arrangement for a child, physical custody may be awarded to the other parent, with visitation rights given to the non-custodial parent.

Legal custody refers to a parent’s rights and responsibility to make important decisions on behalf of a child. These decisions typically include medical care, religious upbringing and educational choices. Child custody lawyers in Chicago understand that joint legal custody is the desired preference of Illinois courts, but if a parent is unable to make decisions that benefit the child, the responsibility may be given to the parent deemed fit by a judge.

Child custody arrangements are determined by the court using a wide range of factors, and the decision is not taken lightly. A parent who wants to ask for sole custody must be able to prove that the other parent is unfit, and bitterness towards an ex-spouse resulting from a divorce should not be taken into account.

Sole custody may be granted to one parent for a variety of reasons, including the following:

Any issues that impact the well-being of a child should be taken seriously, and the court may be required to make changes to an arrangement if a parent can prove that his or her trepidations are justified.

Ensuring the safety, health and security of a child should be every parent’s main goal. With the assistance of child custody lawyers in Chicago, a concerned parent may be able to successfully seek child custody in unfortunate situations.