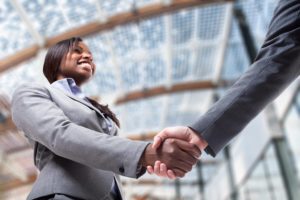 Most Illinois couples do not enter in to a marriage expecting it to eventually end, but the reality is that a fairly hefty percentage of U.S. marriages end in divorce. According to a report by the National Marriage Project and the University of Virginia in 2010, 40 to 50 percent of first marriages fall apart, with that percentage jumping higher for any subsequent marriages.

For entrepreneurs, the national scenario can become all too real when long hours are spent building a business at the expense of a marriage. Upon the breakup of the marriage, some may wonder what will become of the business that they worked so hard to make successful. In Illinois, any assets obtained throughout the duration of a marriage are subject to property division, meaning that many business owners face the loss of a portion of their business to their spouse once the divorce is finalized, unless protective measures are in place beforehand.

In order for a prenuptial agreement to provide protection against the division of a business, it needs to be in place prior to a marriage. Someone who plans to start a business should have their spouse sign a prenup before the wedding that determines in advance which assets will be considered marital property and which will remain separate. Though not as ironclad as a prenup, a postnuptial agreement can be nearly as effective at protecting a business during divorce proceedings.

Many business owners forego paying themselves a salary and instead invest everything back into the business. While this can help a business grow, it can be a problem upon divorce. An ex-spouse may be able to claim that he or she is entitled to a greater sum of money, since there was no benefit received when everything went towards the business rather than the household. This can be avoided by paying oneself a substantia salary that won’t go towards the valuation of the business.

Paying off a spouse

When a spouse is entitled to ownership interest, there are a few ways to pay him or her off to avoid becoming co-owners, including the following:

Owning a business can make the process of property division complicated without legal assistance. Many business owners prefer to work with an attorney to ensure that all bases are covered and their business is protected as completely as possible.