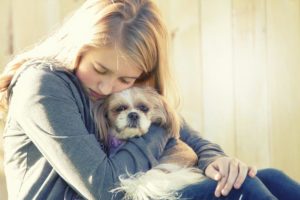 The court may consider a child’s opinion regarding which parent he or she will reside with in some situations when parents cannot agree. However, the court must consider the child’s overall well-being before making a determination. The child’s preference will be weighed against other factors, including if any history of domestic violence exists between the parents, possible alienation toward the other parent and relationships with siblings.

Factors the Court Must Consider

The ultimate goal of the court when parents are engaged in a custody battle is the well-being of the child(ren). While the court may consider a child’s preference in deciding custody, they must also examine the child’s:

When the parents disagree over the child’s living arrangements, the court will typically consider an older, more mature child’s wishes and analyze the reasons for the child’s preference. If there are negative emotions against the non-preferred parent, the judge will look for signs of parental alienation. This is done to rule out that the child has been coached, bribed or threatened by a parent. It could be possible the child is experiencing guilt or other negative emotions which are clouding his or her decision. When these conditions are present, the court may deny the child’s request and award custody to the non-offending parent.

Because a divorce causes upheaval in the lives of family members, it could be possible that one parent is seen as a victim by the child. He or she might want to take the side of that parent. Or if one parent decides to move away, the child may want to stay in the same place instead of changing schools, getting taken away from established activities or becoming separated from his or her friends.

In some instances, parents might reach an agreement regarding the child’s living arrangements without the need for a court decision. However, if court proceedings have begun, the judge will consider the wishes of the family and issue a custody order based on the family’s agreement.