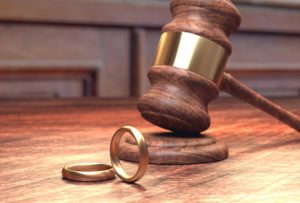 Elimination of the Grounds for Divorce

Under the new law, which is officially known as the Illinois Marriage and Dissolution of Marriage Act, the grounds for getting a divorce have changed. Parties who are seeking a divorce are no longer required to cite grounds such as mental anguish, adultery, abandonment or any of the ten fault-based terms. Irreconcilable differences are now the only grounds for divorce in Illinois.

Illinois was already a no-fault state, so grounds had little effect on previous divorces. In fact, certain grounds, such as “habitual drunkenness” were rarely used. Removing the ability for a divorcing spouse to assign blame is meant to streamline the divorce process and make it easier for couples to divorce without lengthy legal battles. A judge will simply have to determine that irreconcilable differences led to the breakdown of a marriage and that reconciliation would not be in the interest of either party.

Basically, if two parties live apart for a continuous period of not less than six months immediately prior to divorce proceedings then irreconcilable differences have been proven. Because the waiting period was so lengthy, “mental cruelty” was often cited as grounds, to speed up the divorce process.

Divorcing couples will still be able to find other ways to prove irreconcilable differences under the new law. The shortening of the waiting period will make this option a less attractive one, however, and most couples will likely choose the six-month separation.

The terms “custody” and “visitation” will no longer be used in Illinois divorce proceedings. They have been replaced by “allocation of parental duties” and “parenting time.”

In the past, parents were assigned either sole or joint custody. Under the new law, decisions about a child’s health care, education, religion and extra-curricular activities will be split between parents. A court can allocate these responsibilities either jointly or solely to a parent. Though the shift from “custody” to “allocation of parenting duties” is a significant name change, the realities of determining parental responsibly are similar to the old law.

The shift from “visitation” to “parenting time” is meant to spare offense. The concept remains the same, but the sentiment behind the term has changed slightly.

One significant change in the new laws allows custodial parents to move with their children, as long as that move is within 25 miles. In certain counties along state lines, 25 miles can mean a move to a different state. Before the new law took effect, a court order was required in order to move across a state line.

Additional Differences in the New Law

For parents of children, the filing of a “proposed parenting plan” is now required. A parenting plan is a legal document that outlines the rights and responsibilities of both parents. Before the law change, parenting plans were often referred to as “custody agreements.” If both parents agree to a parenting plan, it can be drafted by a Buffalo Grove family attorney and entered by a judge. It then becomes a court order, which must be adhered to by both parents.

New standardized forms are now required under the new law. These have been developed to further streamline the divorce process.

Though such significant changes to family law are certain to change the landscape of divorce cases involving children in Illinois, how these changes will impact the families involved is still uncertain. The law now more closely resembles the divorce laws of other states. The changes to Illinois law take a “collaborative law” approach, with the hopes of eliminating the concept of winners and losers. The overhaul also makes Illinois a true no-fault divorce state.