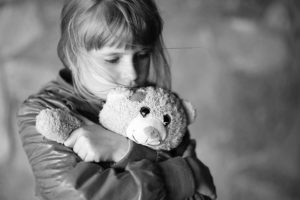 In Illinois, when a parent abducts their own child, prevents a child from returning to the custodial parent, or interferes with visitation rights of another parent, the law allows for criminal prosecution. To avoid child custody disputes during a divorce, a child custody lawyer can work with both parents to create an amicable child custody arrangement for parenting time and visitation.

Under new laws, Illinois operates under a “parenting time” dynamic that’s designed to divide parenting time and responsibilities more equally between both parents. Parenting time allows parents to decide on child responsibilities like who takes the kids to school, doctor visits, swimming lessons, and social events. Under current Illinois child custody laws, courts rarely award full custody to one parent over the other parent, except in extreme circumstances. The old dynamic of “custodial” and “non-custodial” parenting is becoming defunct within the court system. References to “visitation time” have been replaced by the term “parenting time.” Courts feel that the parenting time dynamic encourages co-parenting that creates healthier family environments and eliminates custody disputes through a child custody lawyer.

When parenting time responsibilities are awarded by the court, parents are expected to follow court orders. In many cases, parents don’t realize that they are violating the law if they allow their child to skip parenting time with the other parent. However, interference with or violation of a parenting plan with the intention of depriving the other parent of time with the child can result in a misdemeanor charge. After two prior convictions, it can be elevated to a Class A misdemeanor.

According to federal and state laws, kidnapping or abduction takes place when a person takes or secretly confines another person against his/her will by force or threat of imminent force. If the kidnapping or abduction involves a child under age 13, threats of ransom, a weapon, or harm to the victim, the crime can be elevated to aggravated assault. Under Illinois laws, if a parent does any of these actions to their own child, that also qualifies as child abduction, punishable by criminal prosecution.

When child custody disputes arise during a divorce, a child custody lawyer often sees parents who think they have the right to take their own child away to protect their relationship with the child. However, according to Illinois laws, if a parent abducts or knowingly conceals his/her own child without a custodial order for 15 days or more and fails to make reasonable attempts to notify the other parent within the 15 day period, the court considers this a parental abduction, unless the parent is fleeing from domestic violence. Child abduction is viewed as a drastic action by the court, and a child abduction charge will certainly impact the court’s decision when deliberating child custody. To avoid serious consequences and the loss of parental rights and child visitation, parents are encouraged to work within the legal system through a child custody lawyer.