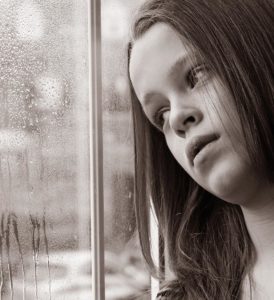 Illinois law states that a child has the right to have a relationship with both parents, and the non-custodial parent is entitled to visitation. The visitation schedule does not follow a standard format because each situation has unique factors, such as work and school schedules, so a Joint Parenting Agreement is drafted by the parents (0r their attorneys) during the divorce.  This is assuming that the parties can effectively work together by putting aside their own personal differences.

The court generally accepts the Joint Parenting Agreement presented by the parents, and will only order a schedule when parents are unable to agree. Once the agreement is accepted in court, it is called a Joint Parenting Order, and this is legally binding for both parents.  Even in circumstances where sole custody is awarded or agreed upon, the non-custodial parent will have visitation.

Unlike the visitation schedule, Illinois determines the amount of child support that the non-custodial parent pays based on a formula that includes the number of children and the net income of each parent. When the non-custodial parent does not make the court ordered payments, this is considered contempt of court. The court may set penalties, place the parent on probation, or even sentence the parent to up to six months in prison.

Withholding the child during the scheduled visitation in order to punish the other parent is considered unlawful visitation interference, and under Illinois law, this is a petty offense. Like a traffic ticket, the first instance of a petty offense is typically punishable with a fine. A second conviction could lead to the parent’s arrest for a Class A misdemeanor. This penalty may be a substantial fine, or even a prison term.

Refusing to allow the non-custodial parent to take the child at the court ordered time is one example of visitation interference, but a parent who schedules extracurricular activities during the other parent’s visitation may also be interfering. The court may determine that the activities are reasonable and order that the non-custodial parent receive compensatory time, or it may be considered a willful attempt to violate visitation rights.